️ who took my grandmother Brajabala Dasi to the hospital,  to see one last time #PoetNazrulIslam whom my Grandmother and Grandfather Guru Nabani Das Khyapa Baul were close friends. 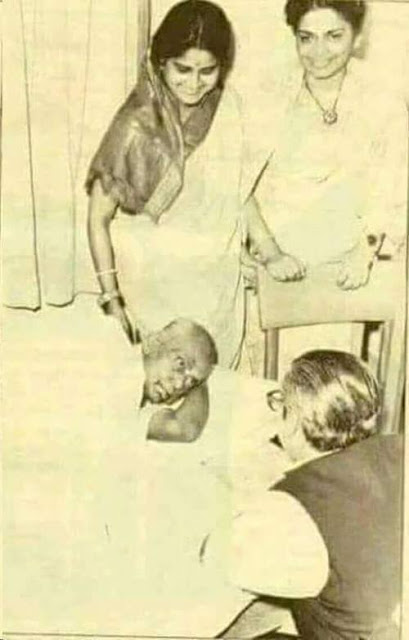 In 1974 I remember, he was a well was one of the well wishers of my #GrandFather, I brought him once to my Grandfather’s Death anniversary Baul mela, which I arranged every year. Nazul Islam wrote ‘Ami Bhai KhyapaBaul Amaar Deul’ about my Grandfather Boro Baba aka Naboni Das Khepa Baul.

My father Purna Das Baul recorded "‘Ami Bhai Khyapa Baul Amaar  Deul’ at 'Hindustan Records' in the early 1970’s with my Grandfather’s composition and tune.
Please watch the video by clicking on the Youtube link, "watch on Youtube". You will find hundreds of others singing this poetry now, still using Nabani Das Khyapa Bauls, tune. My father Purna Das Baul was the first person to sing it after Nabani and it was made famous by Purna Das Baul.
RabindranathTagore wrote ‘Aamr e Paraye Paraye Khepiye Baraye Kon Khyapa se’ about Nabani Das Khyapa Baul whom he named. 'Mirror of the Sky’ and ‘Khepa Baul'.
My GrandFather initiated Tagore into Baul and named him #RobiBal (Ravi Baul) he gave Tagore a dress which so popular those days, even RabindranathTagore restarted #Shantiniketanpoetpesivals to todays #PousMela in honour of Nabani Das Khyapa Baul.

It is funny to me that everyone is now taking the title “Khyapa (Khyepa) Baul and Khyapa Baba” to be in the market place, I have noticed many calling themselves #pioneer  #Legend #Saint  #Khyapa today which does not make any sense, it is shameless? Das Baul and Dasi is our lineage.
There is only one West Bengal Baul #pioneer #legend #khyapa that was my Grandfather #BaulSaintNabanDasKhyapaBaul.

I was listening and watching someone sent me question from Europe, "BabuDa what is your comment about today’s Bauls?
I said no comments why because there is nothing to comment, it is actually an insult, for this I gave my life to preserve the original Bauls, it is all acting? OMG, I guess they are trying,  at least they trying to be a Baul Singer if and becoming a #TouristAttractions but Baul NO. 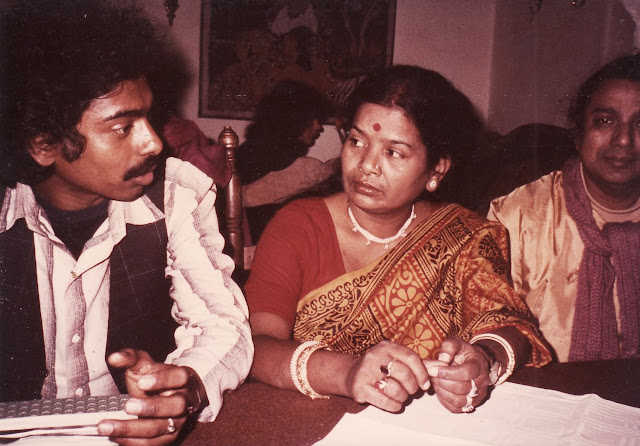 Acting like they something to become Baul is not a easy job dear? No there is no  #BaulSadhna or #BaulSadhak nor #Sadhika.. or public can not handle with real Baul!
Even today’s Baul Singers are not even close, a 10,000 miles far from my Father and my tunes / compositions which everyone follows still and maybe lifetime forever. They do not even know whose songs they are singing, who they are following, many are taking the songs of my ancestors and creating new lineages, they follow our dress, our songs and the way Nabani Das Khyapa Baul was with the Ektara, Drum and bells (nupoor) his feet, they follow how this lineage dances but yet make up stories.

I am the one who made Baul internationally famous through #Universities #Festivals #TopMusicLebels #Cinema, #Media and it was hard works Dear, at least say the truth rather than pretending you are the one who did all the work, you follow and copy everything I have done, everywhere I have gone.
I made so easier for anyone and I made a concrete platform for next generation and for today’s Baul singers, however, they are completely misusing, that I never thought?
#RabindranathTagore helped little bit from his books and he was initiated into Baul by my Grandfather Nabani Das Khyapa Baul, he was closest to Tagore and when taking about Tagore and Baul is you leave out Nabani Das Khyapa Bauls name, you are misappropriating Baul and making stories. I did all the leg work and the rest by my parents! 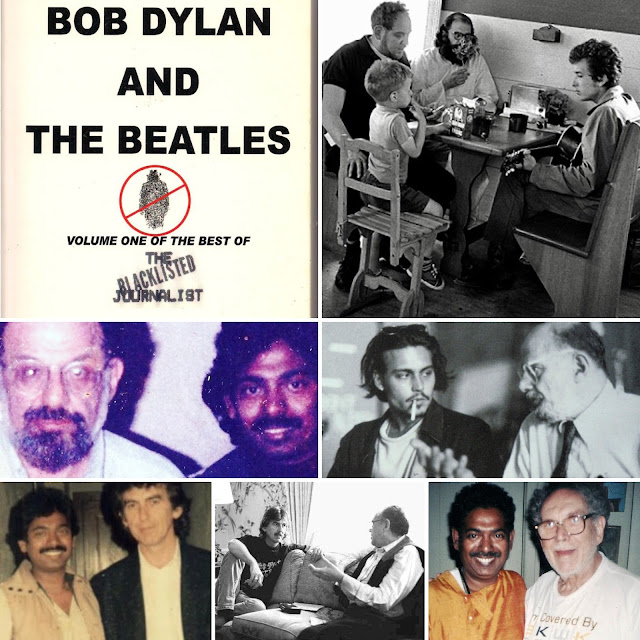 I know I said I would not comment but about today’s Baul: It’s too embarrassing how people calling themselves Baul and how everybody is seeing the #Fake, it is acting, it is #tourism, a lot of it is just plain stupidity!! What #BengalGovernment and #IndaGovernment r doing ? And who those people cannt even protect their own #Culture.

Only way before #RabindranathTagore gave the most valuable title #KhyapaBaul to my Grandfather, another thing RabindranathTagore just heard about #LalonFakir’s poetry from his brother but met fist Baul alive and became friendly that was my Grandfather #Birbhumpride #Bengalpride #NabaniDasBaul. Tagore tried to give Nabani whatever he wanted, he tried to keep him with him at all times but you can not capture a real Baul, a real Baul will disappear like the wind. Baul is a wind catcher, you can not catch the wind. Baul is a combination of 2 Sanskrit words “Bayu (Vayu) and Tula” = Baul = to balance the vital airs.

This picture is valuable to me because #BongoBandhu came to visit and see the last time the Poet, in that gathering he without saying anything, sat on floor and almost cried, like a little child, and told Poet one of his Guru ... never seen so reality .. now everything fake for life I mean life is a fake.

People love/ like all fake, and are blind, they can not even see the real original and reality, it is so bad timing for humanity, when they can not real from fake.

Anything with #Baul like the word #International #World #Global #mystic are all due to me , I am the one did all first, and I never ever thought I would have to say this, it is not bragging, it is because the real history is being mis-appropriated by unfeeling, greedy people who are all about internet marking and changing the history of Baul. 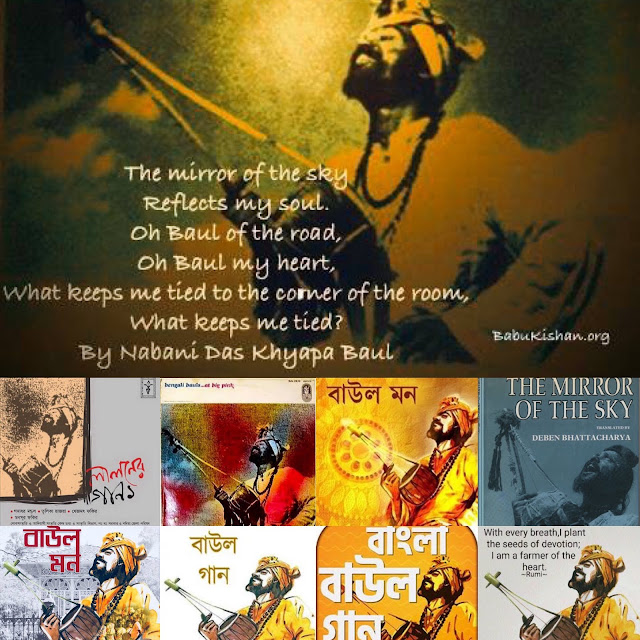 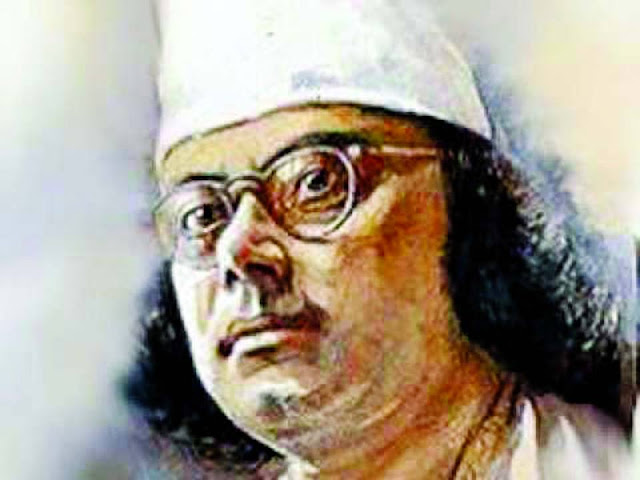