The one and only Legendary Baul Women

Very rare recording of the legendary Manju Dasi Baul, she was Babukishan's mother and the very first Baul women to travel outside of India.

Manju Dasi preformed at all the (prestigious) concerts halls around the world including The Royal Albert Hall and Carnagie Hall, in front of thousands of people.

She is legendary, her story is legendary, she is the first and only authentic Women Baul to travel worldwide for more than 50 years she was side by side with her husband the Legendary Purna Das Baul. Manju Dasi is from the one and only Lineage of Baul, the roots of Baul, she was best friends with Indira Gandhi and traveled all of India playing on the (most prestigious, biggest stadiums and stages in India in front of millions of people). She was a Classically trained Indian singer. If not for her no one would know what Paul is in this world. She started traveling back in the 1960's. 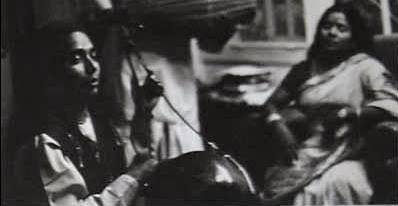 Manju Dasi is the first women Baul to travel outside of India. She is from a Lineage of Women Bauls who were Guru's to other women. Brajabal Dasi, Radharani Dasi, and many others who were Legends in Birbhum Bengal. 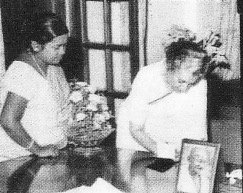 The Bauls were most respected in the highest circles.... Indira Gandhi respected Purna Das Baul as he was the son of Nabani Das Baul her Baul teacher @ Vishwa Bharti University in Shantiniketan (Rabindranath Tagore's University) Indira was a close personal friend of Babukishan's mother Manju Das Baul 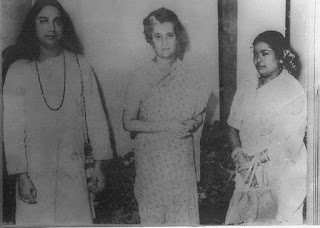 Nabani Das Baul was a great friend of Indira Gandhi's father Jawahar Nehru. On Nehru's invitation Nabani Das Baul sang all over India in front of millions of people when India became a republic. Nabani Das Baul was considered the top state ...artist (singer) for Bengal.. and after him his son Purna Das Baul was the state artist of Bengal. They are what you would call what Baul should be GENIUS.. Yogi's who produced a body of work and poetry they were intellectual... and amazing Bauls from an the oral tradition...they knew their songs and the discourses that went with the songs.. they were sanskritists..
Posted by Trishula Das at 11:09 AM
Email ThisBlogThis!Share to TwitterShare to FacebookShare to Pinterest
Labels: Babaukishan, Baul archive, baul documentary, baul documentary., Baul living tradition, baul songs, bengal culture, Birbhum west bengal, nabani das baul, Rabindranath Tagore, women bauls

Bhupen Hazarika a friend of this Baul lineage.

I have so enjoyed listening to Babukishan reminisce about all the times he spent with Dr Hazarika.. from his early years to college to New York. Although Hazarika was much older than Babu, Babu loved his intellectual way, and Bhupen Hazarka loved Babu encouraging him, supporting him and reminding Babu that he was an extraordinary musician and musical poetic genius... 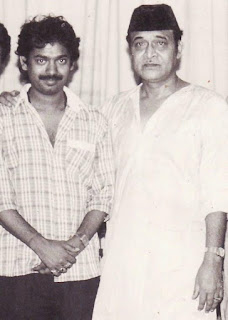