Lila Roy she was an English Translator of Rabindranath Tagore's work and the Editor of my first English Book on Baul by Krishnendu Das.

Lila Roy was an adept translator of Rabindranath Tagore's works from Bengali to English. She was the English Editor of the English book 'The Bauls of Bengal' which I wrote in the 1980's.
Lila Roy was a very special person a Western women who was a real Master of Bengali who had a deep understanding of the 'Soul and Soil of Bengal'.Lila was a Legend and I do not want the world to forget her. Many people go on about the Western Scholars of Bengali, those who wrote books explaining Baul for Western Academia. I knew and met them all and not one of them compared to Lila Roy including Charles Capwell and Edward Dimock. 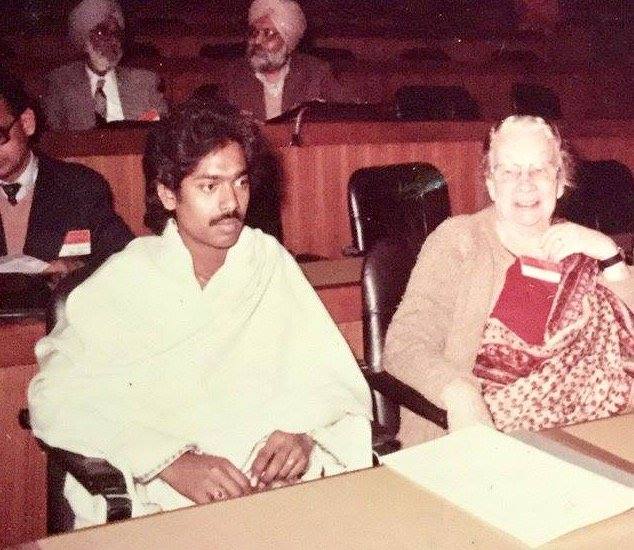 Here we are at Vigyan Bhavan, in New Delhi, attending the International Symposium of World Philosopy in the early 1980’s:
Krishnendu Das aka Music Legend #BabuKishan with Lila Roy a major #RabindranathTagore English translator the legendary #LilaRoy aka AliceVirginia Orndorff of El Paso, Texas, she was born in 1910, the daughter of American pioneers, descending from German immigrants in the 18th century and from English immigrants a century earlier. 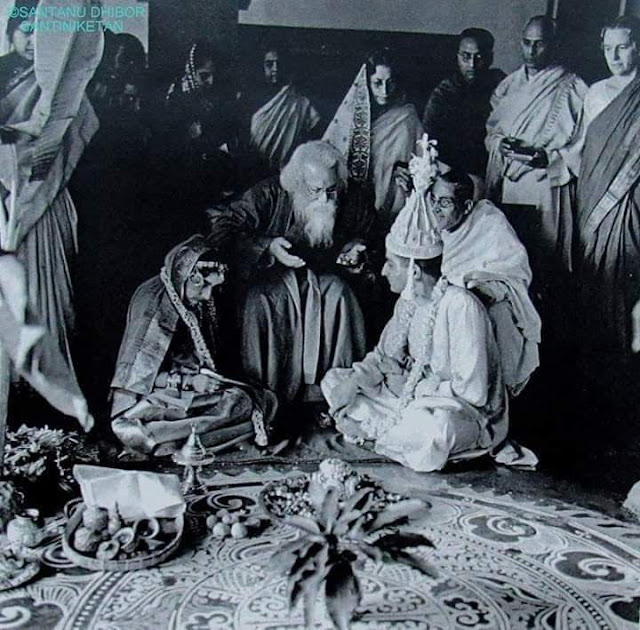 Lila Roy 'far right standing up' at a wedding that looks like Rabindranath Tagore is acting as a marriage Pujari.

Her teen years in Los Angeles, where she attended school and college, and then went to New York to study piano. While on a tour of Europe, she became interested in Indian music and was encouraged to explore it for herself by a friend in London.

She arrived in Calcutta in the summer of 1930 and met the Legendary Poet and Author 'Annada Sankar Roy' for the first time in the provincial town of Berhampore where he had just begun his career.
Lila and AnnadaSankar Roy were married in October 1930 in Ranchi.
Alice Virginia began life in India as “Lila” (at that time, Annada Sankar sometimes wrote under the pen name of “Lilamoy”). Of interest to Santiniketan buffs, the writer Pramatha Chaudhuri and his wife Indira Devi Chaudhurani were present at the wedding.

She had seen and experienced the real and original Baul senses from Baul Saint Nabani Das Khyapa Baul my Grandfather and Guru who initiated Rabindranath Tagore into Baul. Nabani Das Khyapa Baul was the Baul who inspired and initiated Tagore into Baul giving him the name Robi Baul. She had not only seen and knew my Grandfather she knew my Dad Purna Das Baul from a very young age.
Lila Roy was a great friend of mine too, she had an Academic personality, and we related well because I have always been archiving and preserving Baul from a young age and I loved language as I was born into oral Sanskrit, Indian Philosophy, Baul Philosophy. I was a great student from a young age of my Grandfather Nabani Das Khyapa Baula and Brajabala Dasi both oral Sanskritists.
Brajabala my Grandmother who raised me from birth was a descendent of Narottama Das the great Vaishnava poet, I was lucky because I received the best teachers of my tradition and lineage all the way around. When I was born Nabani had stopped his Sadhu wandering ways and I benefited from having his attention full time.

Lila Roy knew Lineage Baul and was an expert on Bengali translations into English she was not a light weight she knew Baul History with 3 generations all together in one life. I do not believe there is anyone else who outside of our lineage who was as steeped in Vaishnava Baul as she was.

She used to say on and on, that meeting with Nabani Das Khyapa Baul was a mystical experience which she never found from anyone ever.

Lila Roy knew why he was Rabindranath Tagore’s most precious buddy and Baul inspiration. She also said Guru Baul Saint Nabani Das Khyapa Baul did not compare with any one she had ever met, he was just the one and only symbol of Bauls of Bengal!

Lila was a big supporter of mine. Lila Roy bought 100 copies of my first book to make me feel great, I was the first person from my family and One and Only lineage to write 3 books about my oldest Baul Lineage, she was my editor.

She was my well wisher and I will never forget her. 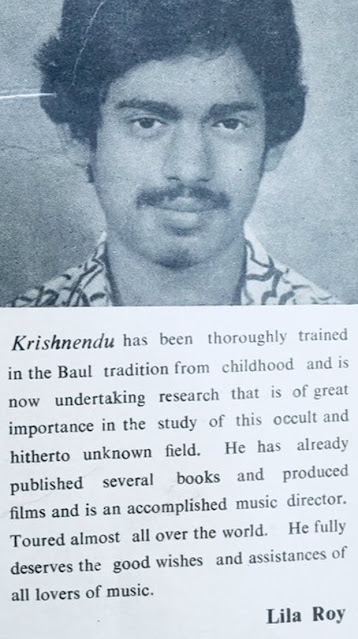