Krishnendu Das aka Babukishan Baul, the son of Baul samrat, Purna Das Baul and grandson of legendary Nabani Das Baul was here, in our city for a poetry book launch. While he keeps his audience in his thrall with his powerhouse rendition of Baul earthy singing and dancing, the foot can't help but tap; synchronising with every pluck of the 'Ektara' string; the mind can't help but drift away into the rustic village interiors. 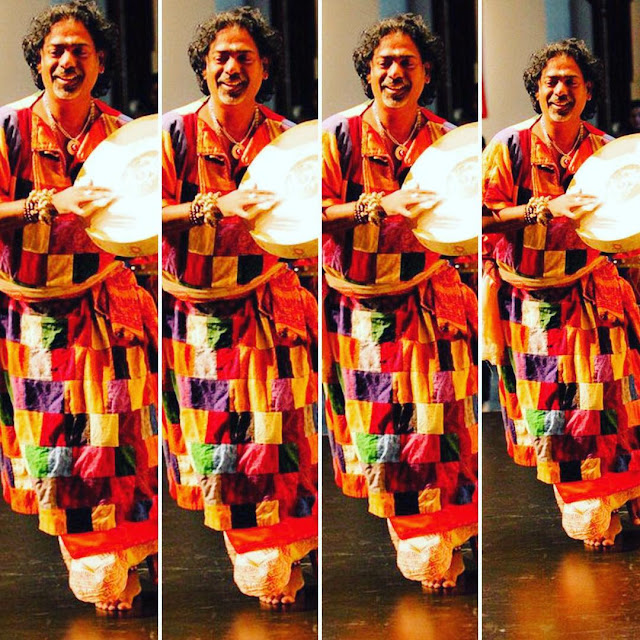 At a tender age of four, a realisation came to Krishnendu that he is going to become a Baul like his father and grandfather and keep the centuries old family tradition alive. He even started touring the country and gradually began to touch foreign shores with his father, for his musical repertoires. Says Babukishan Baul," We are the messengers of peace.

We wander from place to place spreading the message of divine love and universal brotherhood. We worship the soul. Every soul is beautiful as God lies in every individual." Even though it seems like it is entrenched in Hindu tradition, the Baul philosophy transcends all religions. It believes in free-thinking.
"We borrow ideas and ideologies from, Buddhism, Christianity and several other ancient religions.

Several eminent authors and stalwarts like Nobel Laureate Rabindranath Tagore himself, rock musicians, poets and artists have drawn inspiration from Baul music and philosophies. Babu's professional career in music began with some of the 20th century's greatest musicians.
He toured with Bob Dylan's The Band in their 1985 East and West tour. He has performed and recorded with the likes of George Harrison, Rolling Stones, Beach Boys, Chakka Khan, Ravi Shankar, Zakir Hussain, Tom Petty, Miles Davis, Allan Fakir, Herbie Mann, Third World, Robbie Robertson, Garth Hudson, Ziggy Marley, R D Burman, and many others.
The Beat poet Alen Ginsberg had exclaimed after listening to Baul music, "I have finally found what I was looking for!" And where does a Baul draw his inspiration from? "We look within. We search our souls and find the answers. The deepest and the most profound secrets are lying in our hearts, which can be unearthed only by means of meditation and staying in touch with our core," says Babukishan.
The Baul's ideology is symbolised as the 'Ektara' - the one stringed instrument, connotes "to unite'. As the line goes "…deshey deshey more ghor acchey…" (I have a home in every land), a Baul wears a multicoloured attire, called 'Guduri', made up of cloth swatches stitched together, picked up from every place, every land he visits, representing the multicoloured nature of human society with all its shades. I designed this patch work dress and my family and I are the first to take Baul outside of Bengal and India. 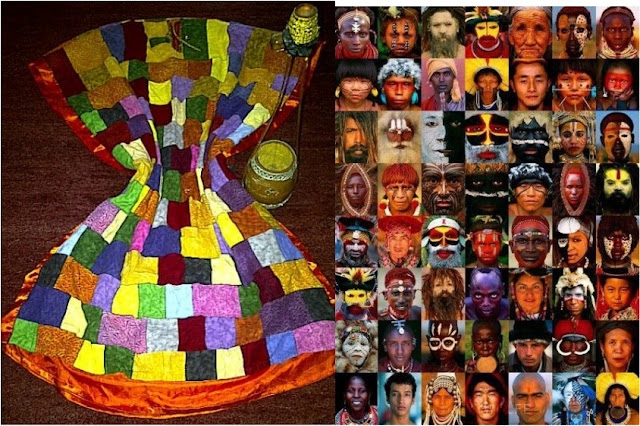 All Baul follow our lineage, they dress as us, sing our songs and follow Nabani Das Khyapa Baul who is the first Baul to play the Ektara, Baya and wear a certain style of Nupur around his ankles. Our lineage is the only Das Baul and Dasi lineage of Vaishnava Baul.
The maverick musician, Babukishan knows how to play about 15 different instruments and can even make many with his own hands. He was the first to make Baul Fusion music collaborating with international acts like Beach Boys, Bob Dylan and The Band, Ziggy Marley in the late seventies and eighties. . However, he was subjected to a lot of criticisms from the purists.
Says Babu, many fakes have come out. But a true Baul is the one who can tell a profound philosophy in the first few lines of his/her song, then breaks into crooning the lines of the poet Rashoraj Goshai, " Amar jemon beni temni robey, chul bhejabo na' ( I shall dip into the water, yet not let my braid get wet in it), which means, I shall be a part of the world and enjoy every bit of pleasure it can give, yet be detached from it. Most women have been 'Grihi' (one who stays indoors) Baul, like his grandmother, Brojobala Dashi, has also contributed to this kind of music and their support has been monumental in Baul music.
Besides, women are considered to be the source of inspiration and strength. Says Babukishan, "We believe that every human being has aspects of man and woman inside him or her. That's why we keep long hair." With the opening up of the economy and globalisation, Baul music has received acceptance abroad, but not as much in India, although our nation is getting westernized at jet-speed.
Says Babukishan who gives lectures at several universities in the USA, Canada, Europe, South East Asia, etc, "The latest culture to hit the youth is the 'mall culture'. They are seeing fifty thousand things around them, but cannot set their hearts upon what they want." The legendary Bob Dylan had once said to him "India is becoming Bob Dylan and Bob Dylan is becoming Baul." So what is freedom to a Baul? "Freedom to me is boundless, it means to be able to do whatever I want, go wherever I want to go, say whatever I want to say.
I will feel free and liberated when I find my 'moner manush' my soul mate. Till that time, I will keep on searching it." Babukishan wants to start an institution called, The Bauls of Bengal Academy of Folk Performing Arts, to help preserve this ancient lineage. "We are looking for a platform and finances. The institute will be devoted to the pursuit of learning Baul music, Vedic healing and Music Therapy," says the Baul, who has immense faith in power of mass media.
Only it can change the way the world thinks, as Baul has been the oldest medium, wandering from place to place, telling stories, exchanging philosophies and ideas. Baul origin: The word Baul (pronounced: baa-ul) derived from the Sanskrit word 'vyatul' meaning 'insanity'.
Bauls of Bengal can be traced back to the 16th century to the advent of Vaishnava spriritual leader Chaitanya Deva (1486-1533) and his great teacher/friend Sri Nityananda of Ekachakra.
The mystic Bengal Baul sect constitutes, performing Kirtan, Bhajan and Baul songs. They were minstrels who wandered the streets of Birbhum (famous for Nobel Laureate Rabindranath Tagore's education institution, Shantiniketan), sleeping under trees and singing and dancing for a livelihood.
The Bauls have their own philosophy, a mix of Hindu, Buddhist and Tantra. Like the Sufis, they strive to bridge the rift that was created between the religious and social groups, professing freedom from compulsion, doctrine and social caste.

from.."ANYTHING"...The Times of India
This is your new blog post. Click here and start typing, or drag in elements from the top bar. 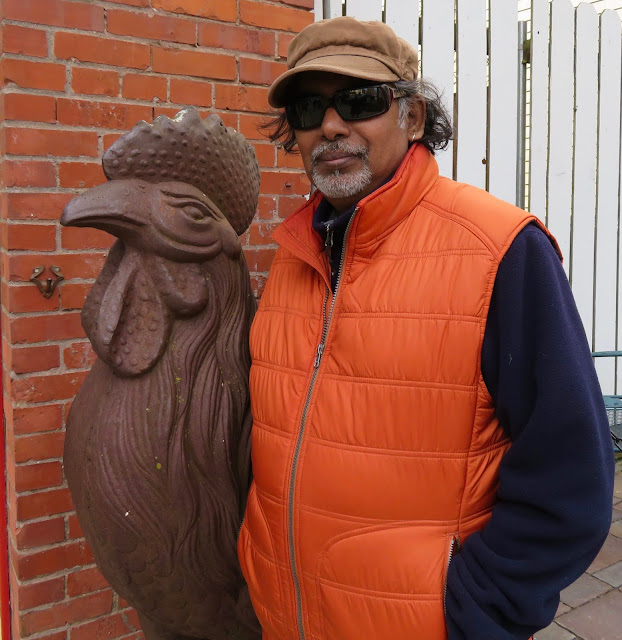