Gopi Yantra
Copyright 2000 - 2040
All rights reserved by Babu Kishan
Do not copy and take the names off, no poaching !
This Pioneering Lineage "Vaishnava Tantric Bauls of Birbhum" Bengal use a yantra called the Gopi Yantra as their Yantra instrument of focus. This lineage also, calls it the Gopi Chand aka the Ektara. Other Tantrics use a geometrical Yantra as their focus, the Baul uses the Gopi Yantra. There are many types of Yantra's not just the geometrical artist drawn Yantra's.
A one stringed instrument that is this lineages Baul symbol of 'peace and unity' for the Bauls of Birbhum Bengal.
The gopi yantra originates from this living lineage of Vaishnava Baul the lineage of Sri Nitai (Nityananda) of Ekachakra Birbhum Bengal India and thousands of years before Nitai.

The Gopis are the lovers of Krishna, when Krishna would play his flute they would go mad with divine love and come running to Krishna. The sound of the Baul 'Gopi Yantra' can make one mad with divine desire of love, the Gopi Yantra is a mystical trance instrument. This yantra is infused with Shakti, Nabani's was super powerful and many wanted his Gopi Yantra. 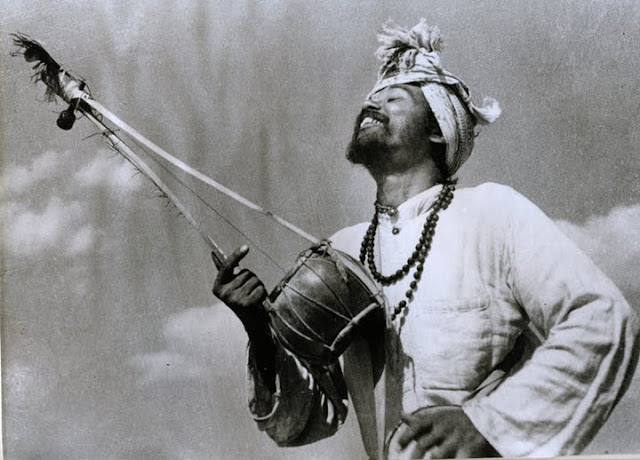 The Ektara is the symbol of the Bauls the one string signifies uinity, this lineage calls it the Gopi Chand, because they are forever in Yoga or union with their beloved Radha and Krishna.

The above black and white Photo was taken by Rabindranath Tagore, it is a photo of the only legendary and last authentic traditional Baul he left the planet in 1969.

Nabani Das Baul is the Grandfather and Guru of Babu Kishan aka Krishnendu Das Baul. Nabani and Brajabala raised Babu Kishan until he was 8 years old when in 1969 Nabani passed away and Babu Kishan was sent to Calcutta to be with his birth Parents Purna Das Baul and Manju Dasi and his 2 younger brothers. His stay with them did not last long as he was sent like an orphan to the RamaKrishna Mission. Many stories to be told, some very sad, and some very good.

When Babu first came to Calcutta his birth mother Manju used to bribe him with sweets to call her Maa. It was very difficult for Babu because from the moment he was born all he knew a Bora Baba and Ma was Brajabala Dasi and Nabani Das Khyapa Baul.

Babu Kishan spent 12 years at the Ramakrishna Mission of course he would eventually spend much time with Purna Das Baul and Manju Dasi and after 12 years when he was going to become a Sanayasin they pulled him out and he became the most dedicated manager, music producer for them. This was some of their most successful time for them. Babu Kishan wanted so badly to have that family and be loved he would do anything for them. 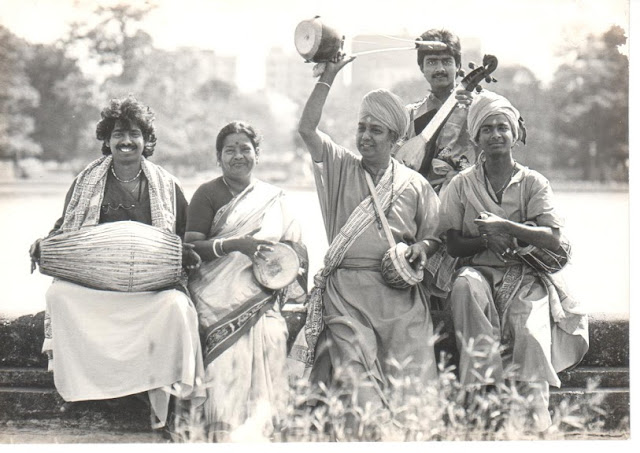