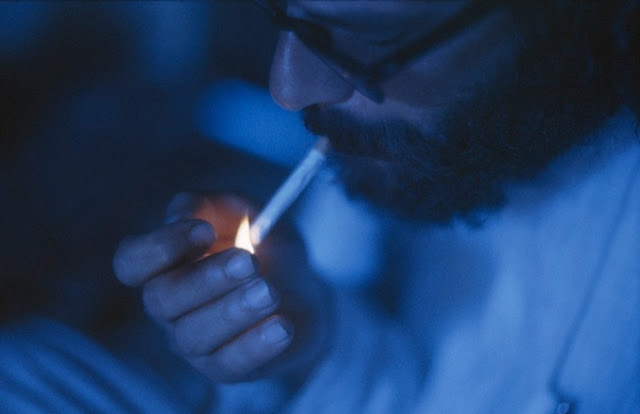 The evening concluded with a presentation of Baul songs by Babukishan Baul (the son of Purna Das Baul). Babukishan has a Master's degree in Indian Folk Music and comes from a traditional Baul folklore family.

If anybody knows the Beats it in India, it would be  Babu Kishan aka Krishnendu Das. However, in reality, the random Baul's claim Babu Kishan's life stories by taking off his name and talking about Baul in a generic way. Making Baul generic is the new Cultural Appropriation of Baul. Baul is used by random's claiming internet fame with a bot likes. LOL

I didn't realize you can pay for likes?

The actor Baul singers, women and men will say, 'Baul did this, Baul did that' making random claims without names of Baul poets, while singing Babu Kishan's own poetry. when in fact it was Babu Kishan, his stories about Bob Dylan, Nabani ect, they have no shame taking names off and randomizing Baul by saying, Baul Masters?

He knew many other poets because he is a poet, he knew all of Indian Cinema because he worked in Indian Cinema for 40 year, he actually worked with Lata Mangaskar and the whole family, Babu Kishan does not name drop or add himself to any cinema lists or web sites to show he too is a film maker?

Babu Kishan is not a random copy and paste poet.

Babu Kishan is an accomplished poet with thousand of his poetry turned into Indian Folk, Indian Cinema and Baul songs. No he does not have a poetry book, that will come after a lifetime.

Many of the Bauls today are actually singing Babu Kishan's own poetry, but how would you know? These Baul singers sing this whole lineages songs but cover it up by not knowing who the poets are or by not giving credit, the biggest one is making up fake lineages? No one ever mentioned lineage except Babu Kishan, now it is the thing to do, make up new lineages and compete with this lineage, follow them around the world and copy everything but take the names of the lineage off the story.

Have you ever heard of name dropping?

Many of the Baul travellers following on the foot steps on the path Babu Kishan created. They are saying, Baul always traveled, no Baul did not. It was only this family that first traveled out of the villages of Birbhum, then Babu Kishan's family brought Baul to the rest of India, there is a long story to this. Then this family (LINEAGE) brought Baul to the rest of the world back in the 1950's. Then other Bauls were invited along, then the fake Bauls thought OMG this is a good thing?

Then Babu Kishan a accomplished Indian Music Composer, certified educated Music Composer with a huge lifetime body of work, then all the Bauls copied this too. They copied the patch work dress, they copied everything Babu Kishan has ever done? They being fake actor Bauls who change narratives, change their story weekly and make it up as they go. 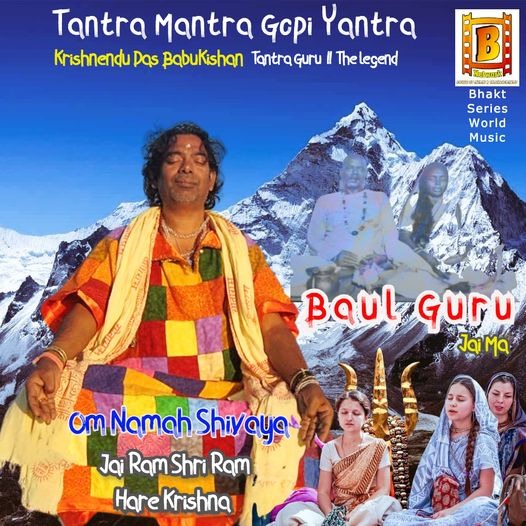 You wouldn't know because there are Baul's who say, no one knows who wrote the poetry?

Liars who are cheating and diluting and watering down Baul for their own benefit, when they are not even Baul.

There is no such thing ever as a Baul Master?

How would you know?

If it looks exotic it must be? 🙈🙉🙊 Lets just make everything Generic Baul, they we can claim it, when it has nothing to do with us. Name dropping is the worst, name dropping Bob Dylan as if you would know? Name dropping Nabani, name dropping RabindraNath Tagore, stealing my writings and Babu Kishan's path and stories??

Now you are a Film maker too?

Babu Kishan  has performed internationally with musicians like Ravi Shankar, Bob Dylan, Zakir Hussain, and Miles Davis. The Bauls are widely known as wandering minstrels and poets from rural Bengal, who travel from place to place rendering their mystic songs, dancing, accompanied by their one-stringed instrument called the ektara.

MUMBAI, August 2, 2008 – Deborah Baker’s A Blue Hand: The Beats in India follows Allen Ginsberg and his companions as they travel from the ashrams of the Himalayan foothills to Delhi opium dens and the burning pyres of Benares. In their restless, comic, and often tortured search for meaning, the Beats looked to India for answers while India looked to the West.  A Blue Hand is the story of their search for God, for love, and for peace in the shadow of the atomic bomb. It is also a story of India—its gods and its poets, its politics, and its place in the American imagination.

Deborah Baker is the author of a Pulitzer-finalist biography, In Extremis: The Life of Laura Riding. She moved to Calcutta in 1990 and studied Bengali to write A Blue Hand. Since then, her essays have appeared in a range of publications from the New York Times to The Statesman.

The program included a panel discussion moderated by Prabodh Parikh, a Gujarati poet, short fiction writer, and visual artist, with panelists Adil Jussawala, author of two volumes of poetry, Land’s End and Missing Person, and Jerry Pinto, a Mumbai-based poet and journalist whose published works include Surviving Women (2000) and a poetry collection, Asylum (2004).

The panel discussed literary style (in particular, various techniques Baker employed in her book) as well as Ginsberg's subsequent influence on Indian poets. Baker told the audience she had written A Blue Hand because she wanted to explore the role India plays in the American imagination.

The evening concluded with a presentation of Baul songs by Babukishan Baul (the son of Purna Das Baul). Babukishan has a Master's degree in Indian Folk Music and comes from a traditional Baul folklore family.

He has performed internationally with musicians like Ravi Shankar, Bob Dylan, Zakir Hussain, and Miles Davis. The Bauls are widely known as wandering minstrels and poets from rural Bengal, who travel from place to place rendering their mystic songs, dancing, accompanied by their one-stringed instrument called the ektara.