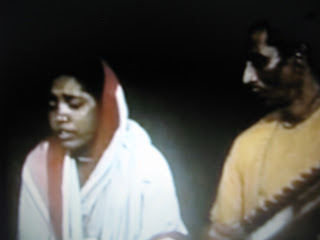 "The first Dotara used by authentic Lineage Bauls in India was by "Gopal Das Baul" in the early 1940's he was the husband of Radharani Dasi Baul ( Babu's aunt who was the biggest most famous Baul women for her revolutionary firsts as a Baul women, she was a sweet magical Baulini with a voice that is a heavenly gift.)

Gopal Das Baul who was a disciple of Nabani Das Khyeppa Baul, Nabani said, Gopal of all my students you are the best, what can I do for you. Gopal said, "I want to marry your daughter, Radharani, please allow me to be in your family and take care of Radharani all her life."

Gopal Das was pure Vaishnava, a true sadhaka and a disciple who was true.

Radharani Dasi Baul was the first official Baul women to record on,  "All India Radio" but she was very shy and after she recorded a few songs she never returned. Bauls are not about collecting students and building temples they are rare and very authentic innocents in this world. In the 1960's a movie called Raikamal was made about Radharani's life, written by one of Bengals top writers, "Tara Shankar."

In 1985 a movie called Togori was also made about Radharani's life, Babukishan was fully involved in this movie right down to the design of the dress that the actress playing Radharani would wear.

A very historic family Lineage of Bauls.from thousands of years back singing the Hare Krishna Maha Mantra in Bengal from the beginning of the story, way before Gaudiya Vaishnavism or the Bauls ancestor Sri Nityananda also know as Nitai.

When Nitai met his best friend at the time Sri Chaitanya his oral ancestoral way of living and singing naturally flowed into Sri Chaitanya, the stories are in the oral tradition so much of the modern cults coming out of Gaudiya have been repeating the same made up stories over and over.

Gopal Das was the son of the Ekchakra Nityananda Temple, and he was a great sweet maker. Nityananda Mahaprabu was a Baul and from this lineage."

Both now deceased, Baul is becoming extinct, and distorted, the lineage and all it's rasa is almost gone.
Jai Bangla Baul of India. 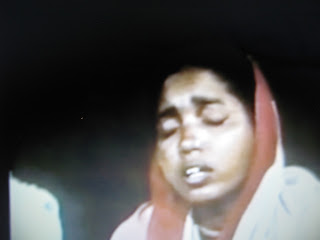