TRUTH BE TOLD, Arohan - Babu Kishan was awarded, "The Best Music Indian National Award in 1981",​when he was 21.

TRUTH BE TOLD, AROHAN - Babu Kishan was awarded, "The Best Music Indian National Award in 1981",​when he was 21. 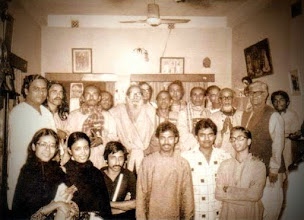 Krishnendu Das Baul at an early age in the centre as a Young Music Composer who brought all the Bangladeshi Singers to Calcutta to record Lalon Fakir songs mid 1970's. Lalon Fakir was not a Baul he was a poet, he did not do Baul Sadhana nor did he have a tune to his music. Babu Kishan is one of the first to put music to Lalon poetry. I guess people got confused and thought because there was now music to poetry it was Baul because it was this time Bauls started to sing Lalon Songs?
https://bhavaproject.weebly.com/news-blog/truth-be-told-arohan 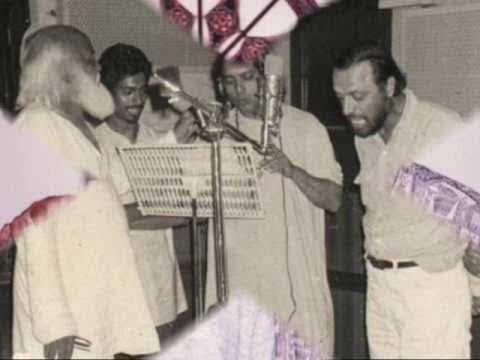 Music Composer is Babu Kishan, his dad could not sing in Hindi, he was coached by Babu Kishan aka Krishnendu Das, the eldest son of Purna Das Baul - who is the only Music Composer in the whole family. He composed 80% of his Dads famous music, the music that all Bauls are singing today, with no mention where the got the songs or who the composer or the poet is. Many of the poems are Babu Kishan's or his lineages, they are NOT folk songs, they are Baul songs..

Babu Kishan's first Baul Fusion was in the early 1970's.

He has created Baul fusion over the decades with Western Singer recording albums and many of the greats of Indian Cinema over 40 years.

A Baul song, sang in Hindi for the first time.

This is Babu's first film music in Hindi he had composed many times in Bengali since he was about 8 or 9 years of age.

Purna Das Baul did not score this, his eldest son Krishnendu Das aka Babukishan scored the music.

On the movie cover it will state Krishnendu Das Baul aka Babu Kishan, on the album Babu gave his Dad's name﻿ out of Love and Respect to his parents as Purna Das wanted to be known as a Music Director. Babu Kishan was the Music Director, there was so much emotional abuse towards Babu Kishan in his family and the truth will be told. It is hard for me to write, and it is even harder for Babu Kishan to tell me.

Babukishan in fact composed this music and arranged the music.