Google Translate in English, it may not be correct or mistranslate in some parts?
Any sound and hearing story has two main points of view or perspectives, maybe even more. From where the words originate, a story can be told in a way. And the one who listens has a story too. There are three main perspectives in this story of mine, which is why I am telling the story of recorded sound. One, who is the source of the sound, i.e. the one who is singing. Two, who is recording. Three, he who hears. Again, the one who is recording is also listening. As a result, the matter is complicated. These perspectives are not isolated, not singular, but interrelated, and all together form a story.
Started the story with my listening, went back there. For twenty years I went to the sound archives of the British Library and listened to various recordings. With sound recordist Sukant Majumdar, we created an ongoing research and field recording-based archive and website called 'The Traveling Archive' (www.thetravellingarchive.org), which was almost done. In the beginning, I used to listen to random recordings, write things down in a notebook with a pencil. While doing so, one day I saw a reference to a Baul song called Achintya Dasi in the catalogue, a 1932 recording in Kenduli, recorded on a wax cylinder or wax cylinder, by Arnold Bucke.
Bakke (1899-1963) was a native of Holland, came to Santiniketan in 1925 to study. After studying, he traveled around the country and returned to Bengal with the recording instrument phonograph. His field recording phase began in 1931 and continued for the rest of his life. He traveled all over India and recorded songs, also in Nepal and Sri Lanka. He last came this way in 1956 on a recording expedition to Nepal, then also went to Kolkata, Santiniketan. I didn't know all this in the beginning. Didn't know what the wax cylinder thing was, didn't know how to pronounce Bucke's name.
In 2013, I formally started my doctorate at the School of Cultural Texts and Records of Jadavpur University on wax cylinders recorded by Arnold Buck in various parts of Bengal between 1931 and 1934. When or where that eternal Ph.D. will end, I don't know. But this job has undoubtedly enriched my life.
While several researchers have worked on Arnold Bucke's South Indian recordings and Nepalese recordings, it is perhaps from the Traveling Archives that we begin to study his work in Bengal. We had an exhibition of our work in London in 2015. The British Library was our partner in that. In the same year, the British Library and SOAS jointly started a research project on Bakke's Bengali recordings. As a result of that research, I began to see changes in the Buckeye catalog that I was wondering about. I applied to Arnold Bucke in 2018 to see his own notes on the recording. Then they gave me an appointment for one day, I can see the documents sitting in the house of the chief curator of 'World and Traditional Music'.
That day I am sitting in that particular room looking at various papers. Faded typed and handwritten documents, including a report from a 1956 visit. I started reading. Bakke writes in English, 'It was my good fortune that soon after arriving in Calcutta on 24th February we found a folk music festival and there I recorded some songs of the Vaishnava Bauls... I went to Santiniketan about 20 years later. I recorded a Rabindranath song in the voice of Rabindranath's niece, she is now 82 years old.'
I am shaking after reading this. I know about Ravithakure's Bhaijhi song. And not recording on wax cylinders, the new reel-to-reel (spool) machine Indira Devi Chaudhurani's 'Katbar Bhebechinu' was recorded, before the start of that song I heard Bakke say, 'Start'. And he recorded Chitralekha Chowdhury's 'Amal Dhabal Pale Lagh Mand Madhur Hawa'. That song flying white clouds, what light, what transparent! Kishori Chitralekha's mind is written on the recording.
But the song of the bowlers? I ask lead curator Janet Topp Farzion. Janet calls their Bakke-researcher Christian Poske. He then said, there is a book recording that day! Show me two files, C52/NEP/67 and C52/NEP/68. The original visit at that time was for research purposes in Nepal, hence the file name 'NEP'. Janet let me listen to the song in her home on her computer. From the few notes that are written in the notes of the recording, I know that the recording took place on February 29 and March 1. Earlier all Bengali recordings were of two and a half or three minutes, this is the first time I am getting two tracks of fifteen minutes each.
the artist
First song, khamak with song, voice with khamak, voice with ghungur — all very familiar!
Watch watch mind, be aware
Life is not taken like a thief.
Another voice in the next song. Impossible Energy, 'Gurupade Prem Bhakti Holo Na', but not in a familiar tune. Then another track, C52/NEP/68. I'm jotting down notes, I'll have to go back and ask people. The next track starts with the first voice of the first track. ‘Ekta Sonar Naam Aasali Go Dekhbi Je Aay.’ The next song is in a female voice: ‘Kal morning Hari bale/ Amay Nitai Prabhu pulls me.’ Sounds very familiar, maybe I heard it in George Lunyo’s film. The song ends, with the signature khamak and akasha-chhunte chawa pukar: 'Ore amar abodh man/ savidei chetne thake re man' This time I am absolutely sure. This voice belongs to Purnadas Baul. After that another song, 'Baka Nadi Ghatik Muda Bhar' - this melody has a different tempo, 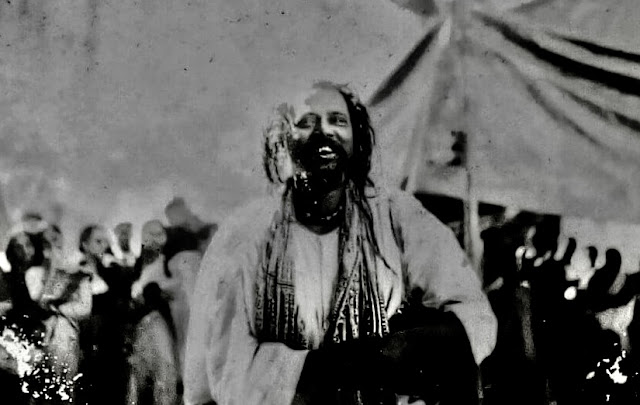 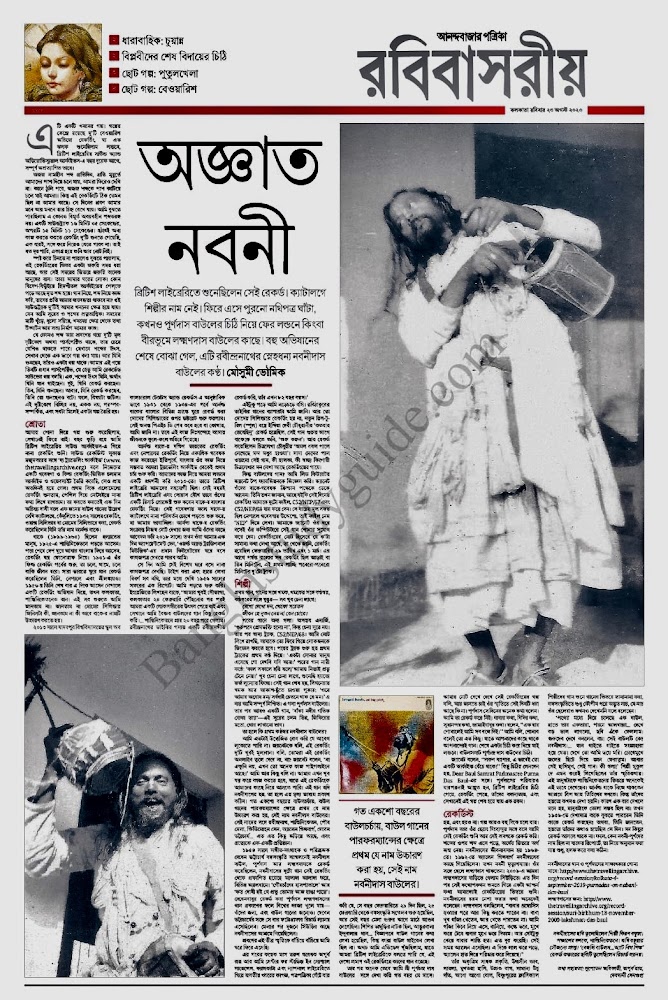 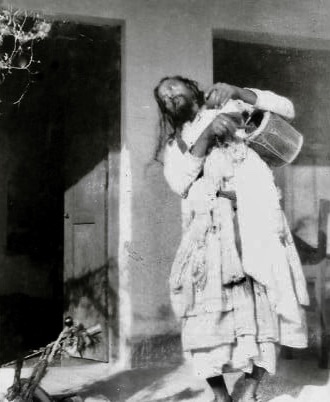 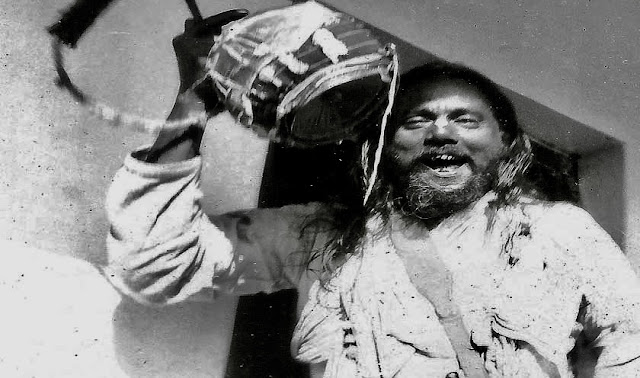 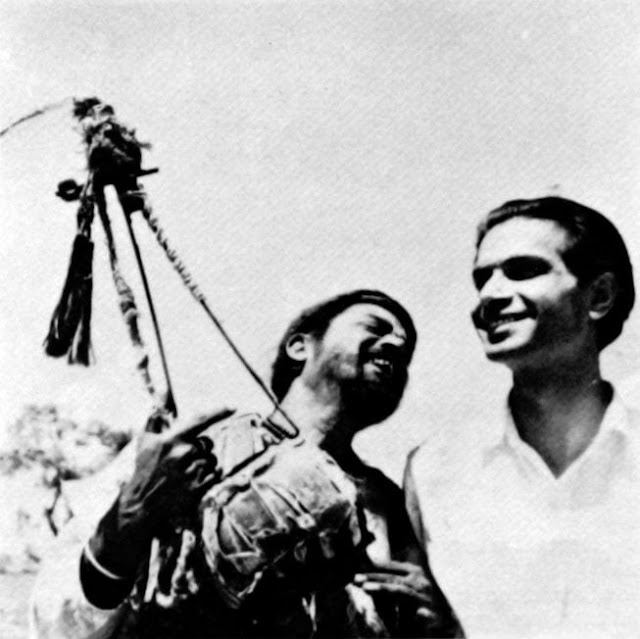 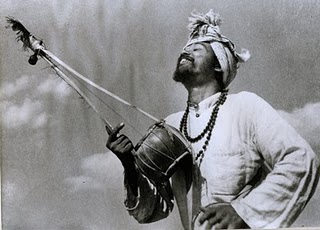 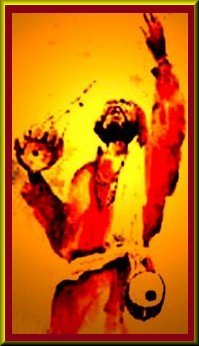 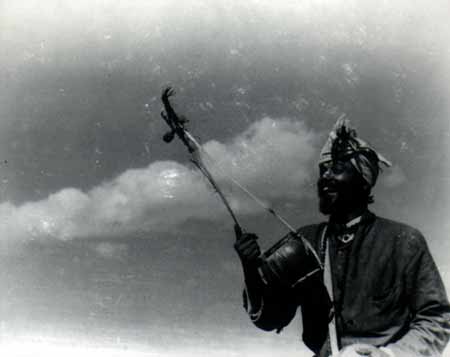 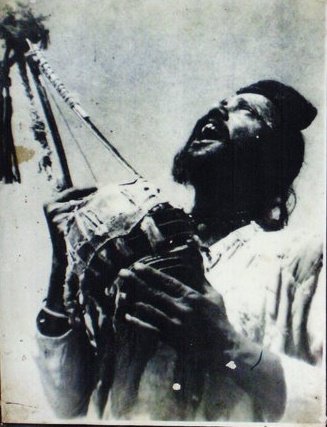 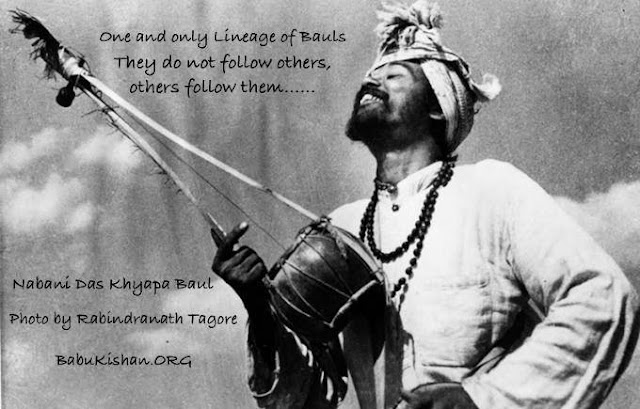 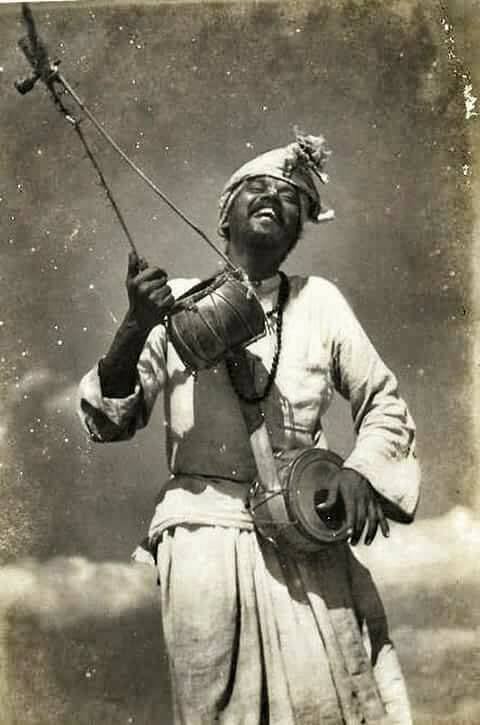 Subodh Mitra's 1955 Raikamal classic oldie Bengali movie , was a film about my grandfather Shri Nabani Das Baul. When a movie is made about you in India in 1955 you can guess that Sri Nabani Das Baul was a figure of importance, a legendary person.
The Bengali movie Hansraj was based on the life of my father, in 1985 which featured stories about my aunt Radharani Dasi, an outstanding woman Baul.
Babu Kishan provided the story, and was the film project designer, they also made this movie into a Hindi version called Sawan Koaane aane do made by Rajshri Productions. Raikamal. (Bengali, 1955) was adapted from a story by the Bengali author Tarashankar Banerjee who wrote about Sri Nabani Das Baul.
The movie stared Uttam Kumar, Kaberi Bose, Nitish Mukherjee, Sabitri Chatterjee, Chandrabati Devi, Jiben Bose, Namita Sinha and others with music directed by Pankaj Mullick.
Copyright 2018 - 2030
www.lineagebaul.blogspot.com
#BhabaPagla #Singapore
#facebookindia #facebooknews #facebookpost #hastagkdbabukishan #europe #canada #usa #russia #australia #thehindu #indianexpress #saregama #anandabazarpatrika #toronto #california #delhi #westbengal #kolkata #mumbai