Copyright, all rights reserved, what does that mean?

Do not tell Babu's stories, take the names off and say you are the one.

I have been Composing, writing and producing all Baul Music from 1970’s, and have created a huge Baul Archive and Preserved Baul from the day I was born in early 1960's !!

I made the road for all Bauls today, I made it easier for new comers to have a platform #Bauls to the #World!!
Still remember how #ShantidevGhosh the right hand of #RabindranathTagore used to degrade Sanatan Das Baul and other followers of Baul, he only wanted my lineage because he knew #NabaniDasBaul was my grandfather. Sanatan Das followed everything we did, even wearing the gurduri (Baul dress I designed for my father Purna Das Bau).
I am the one who gave a space & chance to have a seat with #BaulSamratPurnaDasBaul on the stage, so they can also go in a flow, including #SanatanBaul who was just copycat of my Grandfather, a follower of Baul but not a lineage Baul nor a Baul Guru, all this nonsense I am seeing is really insane, making up stories and changing the narrative to promote oneself?
No matter whatever story you make up, I know the truth because I knew all before any of the young people today following Baul were even born. I knew Sanatana Das Baul, his sons and brought Sanatan to the #RadioStation and encouraged him to record, but it was not successful the record company did not like his voice, he went only on my reference.
I supported #Pabandasbaul a good folk singer and Paban’s brother & others like #Subol, #Gour, I have watched what is going on and now am ready to tell the truth of how all came about, and will qualify all these stories and people in my new book to be released in 2022, which is taking way longer than expected but you can be sure it will be include the history of all, who is who.
I have always been the in a mainstream supporter for #Bauls (people who follow Baul). I started #Baulmela called #GopalNagar a huge festival I always worked behind the scenes even in Bollywood with Amitabh Bachchan.
I gave the Baul followers a platform to sing as much you can with respect, clothes, money for a very long time and before any of the Bauls selling fake lineages and collecting people.
And made I made it easier way to sing a song #Guru’s name. Made so many in first row and helped composed and recorded #BhavaPagla or #ManoharKhyapa songs those where first popular songs for them and then more.
#MonarKhepa was a poet and part of our family, he used to be with us all the time.
I knew #ManoharKHYAPA he was part of our family and had an ashram in JoyDev and most of the Bauls worked for him to have free food. #MonarKhepa always asked me to compose music to his lyrics and get to get my father #purnadasbaul to sing.
#MonoharKhepa was not a Baul, he was poet. I know his story more than anybody.
I introduced Carol Solomon to Monar Khepa, I introduced her to everyone including Nitai Khepa who followed my grandpa Nabani Das Khapa Baul who all the villagers called 'Khyapa Baba' hard to believe anybody would have the audacity to call themselves Khyapa Baba?
Carol Solomon used me as her translator for Bengali. I knew Carol for decades long before she brought any Bauls for free to Seattle. I would do Master classes at Washington State University. May she rest in peace, the last time I saw her was at her house for dinner in 2008.
When Carol Solomon took that picture of Monar Khepa and Nitai Khepa, who do you think she was with? She was with me, same when she took the picture of Nita Khepa? There are so many new followers of Baul making it up as they go making up stories, I have no clue who they are, I only knew the original Bauls.
Baul was too difficult for Carol Solomon, so she changed the line and made Baul 'Bangladesh Baul'. Even after Carol got me to help her get grant money for her last project, having me sign my names with promises of really doing a solid research on Baul? Rip in Carol but really, this is what scholars do?
The real story will be told in my new book.
Nitai Khepa and Sanatana Das Baul copied #NabaniDaBaul or should I say tried to, Nabani was a #MysticGenius you can not copy Baul essence.
Santan Das Baul used to try to lecture me about wearing jeans? Yet, he was a jealous man and mostly jealous of my dad, he tried to follow us around and even followe d to the Kali Mandir in Laguna Beach. You should know, I help to start the Mandir with Usha as a Baul institute.
I was at the Kali Mandir before anybody. I was the one who introduced Usha Elizabeth Harding to Kali Ma in Calcutta, she never would have been able to take the picture of Kali from Dakinishswar Mandir if I had not taken her through the back door and allowed her too, I was a monk for 12 years in the Ramakrishna Order.
.
#AllenGinsberh called me, the #Masterpiece #Milestone of #Baul! He knew my Grandpa and met him in 1962 when I was a baby on Nabani's lap. 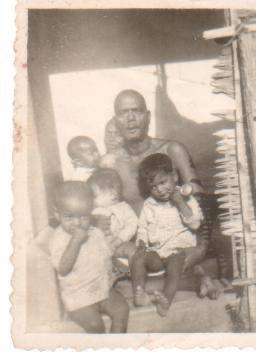 All Baul history now, real original #Bauls are gone and will go completely end after me because all the information is with me, the real Baul Archive is in me and with me.
Rabindranath Tagore gave the title Khyapa Baul to Nabani Das Baul and used Khyapa Baul in all of his poetry and that Khepa Baul is only Nabani Das Khyapa Baul and villagers called my Guru Grandpa Khyapa Baba, the one and only.
Now Bauls are only tourist attractions and singers, at least please try to sing on a track and note rather than just screaming, dancing like plastic, we did hard work dear, at least respect the #Pioneers.. still no #Bauls can even #reach or #dream as to #PurnaDasBaul or #RabindranathTagore’s inspiration #NabaniDasKhyapaBaul this all just real history. Stop your acting and tell the truth.
#Produced #Composed & some written the original poetries by #MusicLegend: #BabuKishan aka #KrishnenduDas 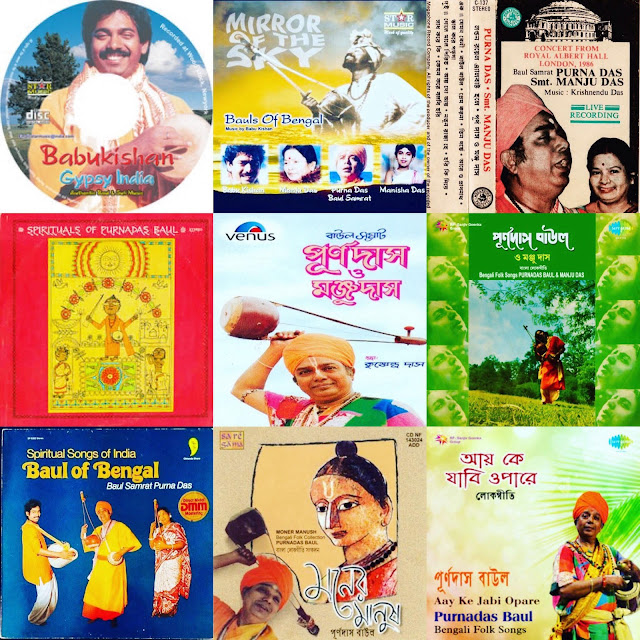 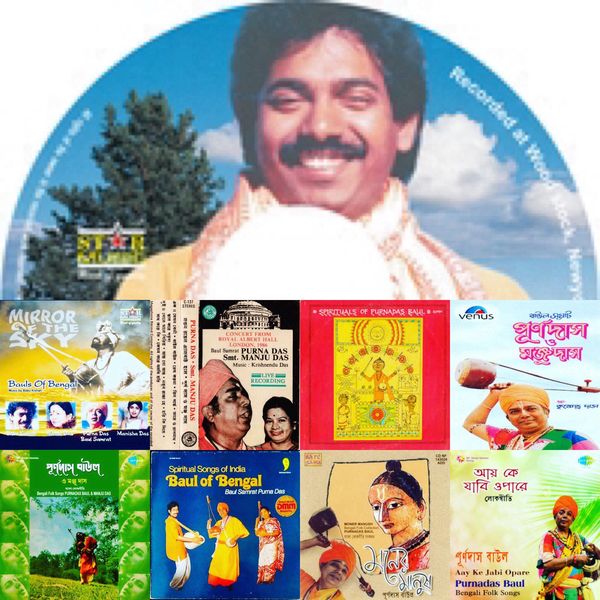 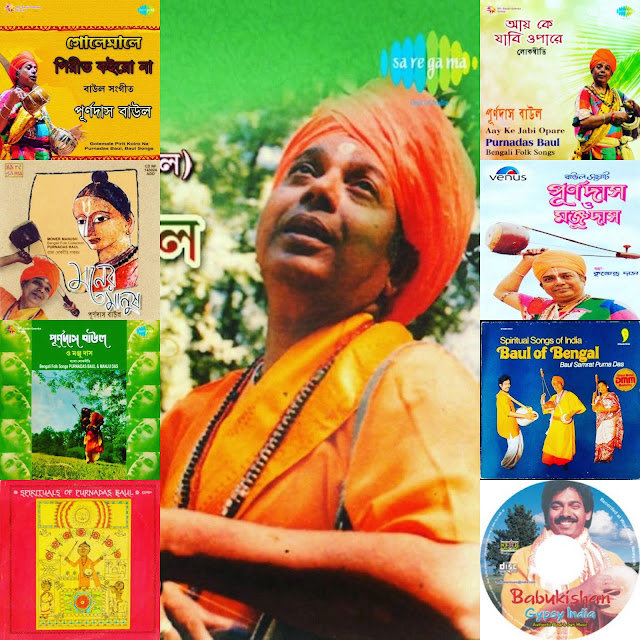