The Bauls of Bengal in Australia 1973

A Glimpse of a Dream

“Between the existent
and the non-existent
the space is love...”
Baul song

All those of us who have lived through the sixties have caught the glimpse of a dream. It was inescapable. The Beatles sang it; rock music and films explored it in a thousand ways.

The dream was everywhere and the dream was simple – love your brother, discover yourself and lower the barriers. Stop playing games, see through the roles and realise that you are all one with another.

Then came the seventies. If the sixties were the decade of the dream, the seventies were to become the decade of disillusion. After all the explosion, the personal glimpses of a new way, of a new life on the planet, what were we left with? Still the Vietnam war lingers on.
The great majority continued in their jobs by day, nurtured by the opiate of television in the evenings. . .
But the dream continued - often underground, often damaged and wounded, sometimes nostalgic, sometimes ridiculed. But the dream continued. What else could it do? Once a whole generation has glimpsed, if only for a moment, the promise of salvation, it must follow that glimpse for the rest of its life.

It is for these reasons that the May 1973 Aquarius Festival is important to me and to many others. Our lives are largely determined by the mythology we create...There is something wrong with the mythology of the dollar. We badly need a new mythology.

What is this mythology? It is a simple one: 5,000 people can meet together without violence, without destruction, in peace and in love. If 5,000 people come as tribes, prepared to combine to build their own structures to live in, to feed themselves, to explore their creativity in theatre and music, we will have a festival the way they should have been from the beginning. If we all create this mythology,
if you believe it and tell your brother and spread the word, it will happen. “Mankind’s future”, says Bucky Fuller, “is whatever man chooses to make it”. The energy of 5,000 people is almost unlimited. Between us, really working together, we can achieve anything.

The only limitation on reality is our imagination. It is up to us to choose whether the dream is to be lost until a more courageous generation is ready for it, or whether we ourselves can participate in the dream.

Festivals are about dreaming... 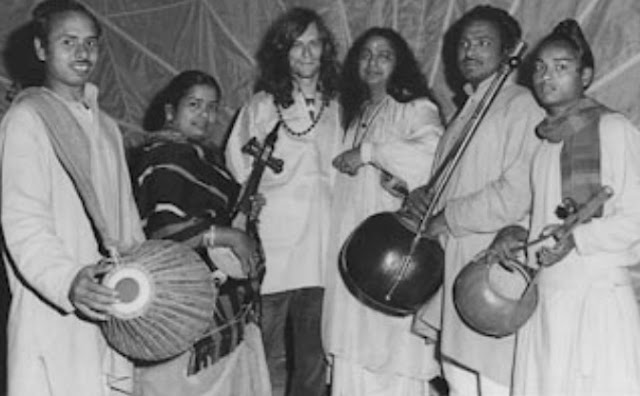 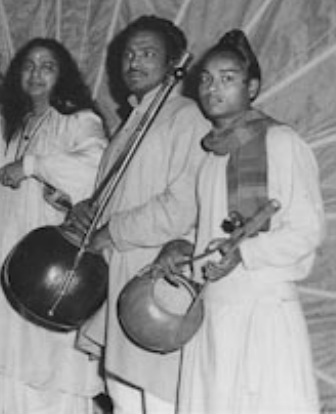 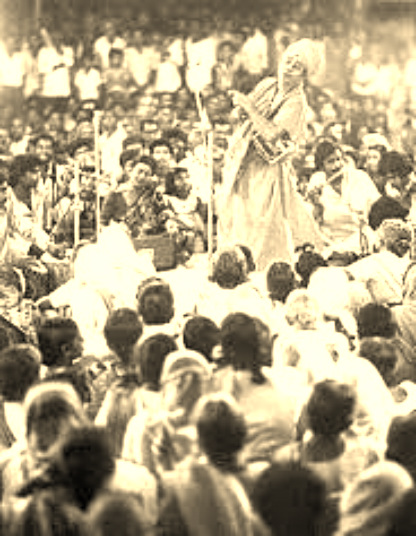 Purna Das Baul and group including Babukishan aka Krishnendu Das Baul in Shantiniketan Pous Mela, Purna Das Baul was always the biggest attraction. The Pous Mela was created in honour of Nabani Das Baul by Rabindranath Tagore. What is going on at the Pous Mela today is not what is was meant to be it is completely ruined, the originality it totally gone. Purna Das and group do not show up anymore, and probably other original Baul do not show up because it has become something different.. The days of the orginal are gone. 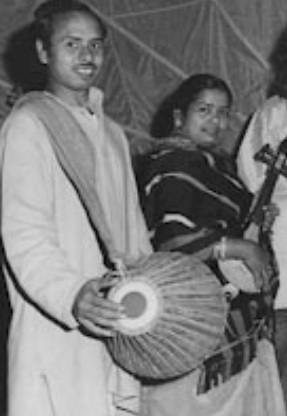 Manju Dasi, you can call her legendary, she was the first Women Baul to travel over seas starting in the early 60's and unlimited times around the world. She is what legends are made of, she played on the biggest stages around the world. 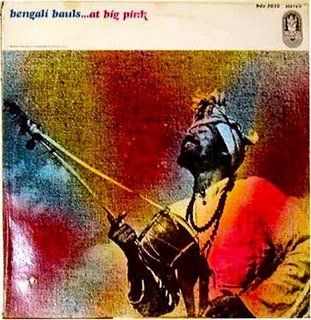 This is a picture of Nabani Das Khyeppa Baul on the cover of The Bauls at Big Pink a recording made in 1967 @ Woodstock New York, with Purna Das Baul and group.

This is the picture of a Lineage Baul a "Vaishnava Baul" from Birbhum Bengal India. Nabani Das Baul was a Baul saint who wrote an unlimited amount of Baul poetry, he inspired Rabindranath Tagore.

This picture was taken by Rabindranath Tagore himself.

All Bauls follow this lineage, they dress as they dress, they follow them around the world, they sing their songs. 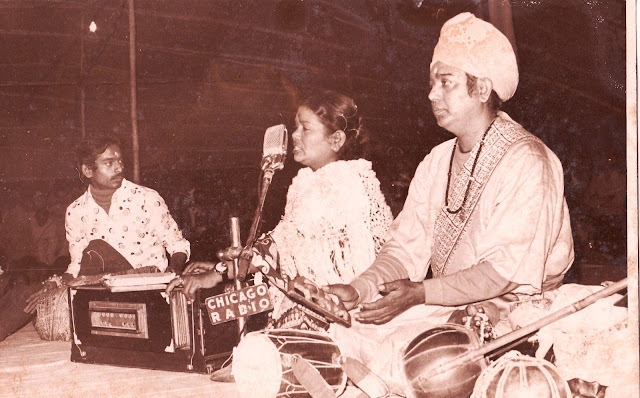 Manju Dasi the first and only Baul women to travel the world, Babukishan aka Krishnendu Das Baul and Purna Das Baul. 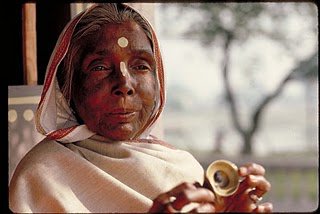 Brajabala Dasi Babukishan's beloved Grandmother, a Baul women of the highest. She is a legendary Baul women, a lineage Baul and probably one of the last great women Bauls to walk this earth.  She was Nabani Das Bauls wife and mother to Purna Das Baul. 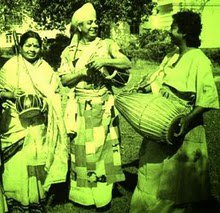